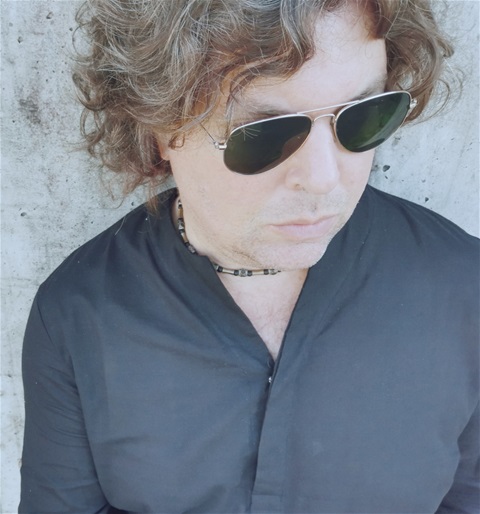 "I have given up to try to find the meaning of life, but I still will try to find meanings."

"A composition is a toy you give to the musicians, to play with."

"Life is farwell to life."

"Music should sing and dance. Once maybe only singing or once maybe just dance, but never none of both."

"One can not understand chaos with logic and rationality. One have to face chaos with chaos to understand the true meaning of chaos." "Understand unsolved mysteries by being a mystery."

"Vibrato (talking about making music) should be the trembling of the arrow after it has hit its target."

"I find the same people that say you can `t compose using tonality are like the ones claiming one can have fun without alcohol."

Today we are more rational, but we have missed these ritual purposes of art.
My mission as an artist is to reevent these rituals, these dionysian aspect of music and art.
Music is a sacred, shamanisitc vehicle and salvation of the human spirit.
It may sound pretensious, but the difference between music and God, is that the music is a god that actually exist, in real life. What a grace!"

"My compositions seems to be more about the end of things rather than beginnings. More about autumn than spring."

"Identity. You get a body, a language, gender,talents, nationality, face, approach, eye colour and much more. Even a life and what one may call a destiny.These are all toys to play with, or an instrument with a certain tuning, or challenges or tasks. It is not necessarily YOU in the most eternal sense.But what is playing with these gifts or struggeling with these issues is definitely you, your eternal core.The limitations only makes you able to explore your self more deeply."

"You do`nt need to posess more in life but the thoughts in your head and the feelings in your heart."

"So much beautiful music has allready been written, the challenge for the composer of today is to write the ugly music, but in a way that it also sounds beautiful."

"To be an artist is much more terrifying that one may presume. If you find a work of art expressive, thrilling or emotional, you should know that all this feelings has raged within the artist in a much more raw and chaotic state. Within the work of art, the feelings has been shaped, formulated and aticulated and are not so mercyless dramatic as in their origin. One could compare it with a child before it learn to speak. If it feel pain it cries and howls, when it learns to speak, it can formulate its feelings with a language, and it comes trough in a more behaved manner. But do `nt forget, the pain and feelings are the same. "

"To live peacfully on this planet is not a dream, a vision or an utopia. It is realistic, doable and can be possible even without any efforts and struggles. To hate and be violient requires action and work, to love and be peacful do not."